The core of our practice involves providing strategic solutions to all your business needs. We provide comprehensive business law services, including contract drafting and review, general corporate business matters and extensive services for clients in the real estate industry, real property development, and other development and construction legal advice.

Personalized attention for your small business.

At Martinez-Vilella Law Office we know how businesses function and will help you with your diverse business legal needs. We assist our clients in the creation, formation, establishment, management, sale and dissolution of business entities. We provide professional advice and represent our clients in the negotiation and preparation of various contracts and agreements, both civil and commercial such as:

We provide professional advice and represent our clients in the negotiation and preparation of various contracts, agreements and transactions in connection to real estate such as:

We represent owners and developers in obtaining variances, site plans, rezoning approvals and amendments to comprehensive land use plans. We advise our clients in the preparation, organization, filing and presentation of proposals for residential, commercial, tourism and industrial uses, among others. We provide support to the technical and scientific experts in the preparation of their technical reports, environmental impact statements and other documents to insure compliance with the all the environmental, zoning and land use applicable laws and regulations. 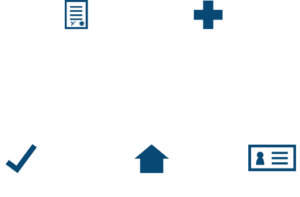 In the early 1960’s, Ms. Martinez-Vilella’s parents left Cuba and established their new home in Puerto Rico, where she was born and raised. At 19 years of age, before completing her Bachelor’s Degree in Business Administration, she became an entrepreneur and established a clothing store in San Juan that quickly became a very well-known boutique in the area.

Ms. Martinez-Vilella’s first exposure to the world of law happened in 1993 when she served as a juror before the Federal District Court for the District of Puerto Rico. After this experience, she decided to study Law and graduated with honors from the School of Law at the University of Puerto Rico in 1998.

In 1999, Ms. Martinez Vilella started practicing as an attorney with Muñoz, Boneta, Benítez, Peral & Brugueras in Puerto Rico. There, she had the opportunity to work with several renowned senior attorneys and to explore different areas of law practice such as commercial litigation, maritime law, copyrights, condominiums, contracts, shareholder issues and general civil litigation. She also assisted her clients in various areas of real estate law including land use and zoning, administrative law and appellate practice.

In 2010, Ms. Martinez-Vilella completed a Master’s in Law at the University of Miami, Florida with a concentration in Real Property Development. This academic achievement rounded up her insight of various current real estate issues such as condominium matters, commercial leasing, mortgages, foreclosures and loan restructuring among others.

In 2011, Ms. Martinez-Villela established her private practice in Miami, Martinez-Vilella Law Office where she offers services in a wide array of areas including real estate and business law.

Maria Martinez-Vilella is fully bilingual in English and Spanish and conversational in French.

The information you obtain at this site has been prepared for informational purposes and is not, nor is it intended to be, legal advice. You should consult an attorney for advice regarding your individual situation and you should not act upon this information without seeking professional counsel. We invite you to contact us to schedule an appointment and welcome your calls, letters and electronic mail. The use of the Internet or this form for communication with the firm or any individual member of the firm does not create an attorney-client relationship. Please do not send any confidential information to us until such time as an attorney-client relationship has been established. Confidential or time-sensitive information should not be sent through this form.